I have this question in my head for days and now it’s time to ask.
If we have a router with a 20 network prefix which means we could have up to 4096 users on the network including the host and the getaway.
If a user is requesting a static ip let’s say 192.168.84.100 and for some reason that user decides to go static ip instead of HDCP ip and at the same time there is another user on the network using that ip but it’s using the HDCP server to get an address on the network will the router ask the DHCP server to move that user to another IP and assign it for the static user or how is the router going to response to that?
Another question. What if there is already a user using static ip like 0.0.0.0 and another user requested that address what is going to happen or how will the router respond ?

@miguel I need your help

Depends on the router, really.

But generally the router can’t force a user that sets his or her own IP to change it.

The other good practice is to have your ranges not overlap. For example, you could have the first 100 addresses or so be for static use, and the DHCP range to be above 101, or something like that.

The router can’t really force anything onto a user that sets his or her own IP address. The router can just not allow any of the traffic through, though. But generally modern operating systems are smart enough to tell the user that someone else has the IP, etc.

What is it you’re trying to accomplish? 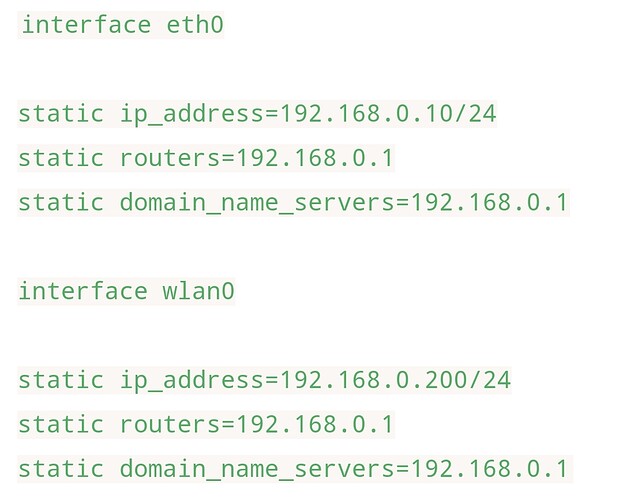 Set a static ip for a raspberry pi.
It has to be static for an internal web server

That up there was an example

What would the domain-name-server be

Then if you ever need to change it, you can do so in the router.

Don’t put your static and dynamic addresses in the same ranges.

Then you really shouldn’t be setting addresses on a network that’s not yours. Especially static addresses. You’re going to run into trouble, and you’re going to cause disruptions.

Okay, will just use the DHCP address and monitor the ip address of it

Then will make our own network a SWITCH.