This new Security and Online Safety subsection is pretty cool, but I am just gonna treat it as a hacking subsection as well.

So I am about to go on a 36-hour journey to India and one of the things that I wanted to take away from Mr. Borges’ networking class was how to bypass the portal that you pay through for airplane wifi. Even though we didn’t learn the technicalities or the execution we learned the basic concepts and I feel as if I have an easy solution to my problem.

What I want to do is spoof my MAC address as an address that is already granted access to the wifi.

To do this I will scan the network on whatever the port or channel of the airplane wifi is on and I will get there IP which I can then turn into a MAC address with an arp request. Then I will just use a random MAC address “changer” or spoofer to spoof my MAC address and connect to the network.

There are a couple issues with this:

Alright that is all and I would appreciate anybody’s help on this, my plane leaves at 11AM tomorrow so the clock is ticking

Lets get me some free weefee!

MAC spoofing won’t work, because think about what would happen if two hosts have the same MAC (and are given the same IP). Neither of you will be able to communicate properly.

What you want is to tunnel your traffic through DNS. 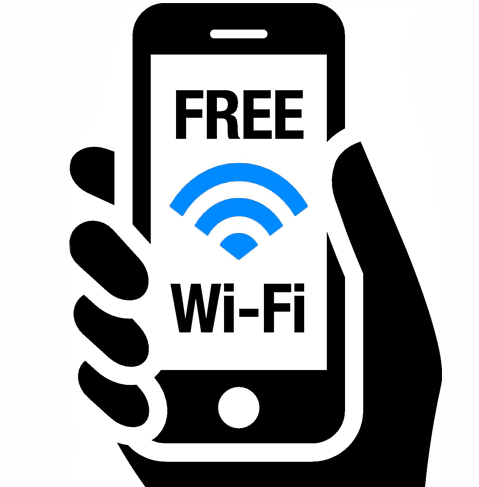 Hack: Get free WiFi on paid-access hotspots with a DNS tunnel - Dem Geeks

Everybody knows that you can’t connect to a WiFi-hotspot if it is secured and you don’t have a the password. But at airports, train-stations or homes with a routers from a big provider you will have a unsecured wifi hotspot, but when you connect to...

So basically, you need to have a server set up in advance that will allow you to tunnel back to it via port 53 or whatever. Or perhaps run OpenVPN on port 53. I think in the link above, he uses just a standard SSH tunnel.

It’s how I used to tunnel all the traffic via port 443 on 7-11 SpeakOut’s “unlimited” browsing plan… until they stopped offering it.

But you’ll need to figure out how to set up your own custom VPN or SSH tunnel first. Not much time to do that

How much is WiFi on your flight. Might just be worth it to pay for it? We could start a go fund me page to raise money for your WiFi

Unfortunately, some of the captive portal providers have caught on to this, but not all.

Some have done the following:

The trick worked because even if the captive portal didn’t allow you onto the internet before you paid, it somehow had to let you on to the internet to do things like pay with your credit card, or make hotel and flight reservations. So to be able to do that, it had to let you look up those websites involved, so that it had to do real DNS.

So it definitely still works on some captive portals. But not on ones that don’t require access to external sites,

It’s probably cheaper to actually pay for the access than to go through all the trouble of setting up a VPN on port 53.

Also, if you ask the flight attendants, sometimes they have a lot of “free access” codes. I was on a flight recently to Germany, where the flight attendant looked at my laptop and asked if I wanted free internet. She just took a stack of cards and gave them to me. Each code gave me an hour of free access. Social Engineering is always easy

Oh that is pretty interesting, I will try out a couple of things on the flights but if it does not work then I will try the social engineering thing.

I don’t really even need the wifi, it is the satisfaction of knowing that I am able to put some networking skills to use.

Let us see what happens.

Do you think I could use the server that we set up? Or would that not be possible because I have access to port 22 but not port 53?

Yes, we could use the server, but we would have to change the firewall to allow incoming port 53 to go to your server. I can do that if you want to mess with it.

I put all this work into figuring out how to get the airplane wifi, and when I got into the plane I found out that they don’t even offer in flight wifi. ON A 10 HOUR FLIGHT.